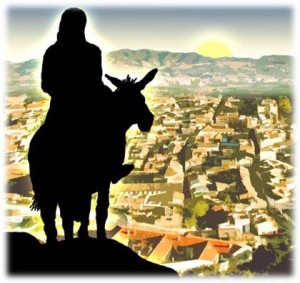 This Sunday we enter what the church calls Holy Week, a week that traces the final days of Jesus’ earthly life and invites us to enter the journey for ourselves: some of us will attend to prayer and bible reading, and if that’s for you there are suggested readings that I sent out by email this week and on our web page and Facebook there’s a link to a book you can download there.

Sometimes this time in the church year can seem a little ho hum, been there done that. We know the details of Palm Sunday, the Last Supper, Good Friday, and Easter. We are going through this again? Why?

Because in doing so we take our focus off the mundane affairs of our everyday lives, and on things that do not have any eternal significance, and turn our eyes onto the affairs of God. This is a week, above all weeks to pay attention to what our saviour Jesus Christ did for us so that we might know and have the conviction to live as God wills for us.

This morning we will listen to two readings from the gospel of Luke; two readings which are like two sides of the same coin, connected yet appearing quite separate.

The first reading from Luke 19:28-41 begins a whole new section in Luke’s gospel. The journey to Jerusalem is over, the time has come to enter the city of Shalom (Jeru-shalem). A city that then and now has no idea as to what God’s peace is really about.

So finally the One sent to bring God’s good news comes to the gates of the city, to the doors of the temple, and is greeted as a triumphant King.

This is a big time in the Jewish year; we believe that over 2.7 million Jews were making their way to Jerusalem for this holy time of the Passover, many of them had seen and heard Jesus speak, some had witnessed his rising of Lazareth and virtually everyone was talking about him. He is the talk of the town. Many hoped he would finally be one who could cleanse Jerusalem of the Romans.

There is a party atmosphere, a festive procession as the pilgrims flood into the holy city. ,  As they approach Jerusalem the crowd described as a ‘crowd of disciples’ begin to praise God in loud voices for all the miracles they had seen.

The first part of their praise comes from Psalm 118:26:

“Blessed is he who comes in the name of the Lord.”  This is a greeting often given to pilgrims as they entered Jerusalem to celebrate the Passover.

But Luke is careful to record the greeting which is just a little different than the norm: the on this day people are blessing ‘the king’ not just he as was normal.

“Blessed is the king who comes in the name of the Lord.”

Clearly Luke does not think that Jesus is just another pilgrim, nor do the disciples and even the crowd seem to recognise that Jesus stands above them all.

The King – Jesus is the king.

We can imagine what was in the minds of the disciples and the people when Jesus is entering the city of Jerusalem that is occupied by the Romans?

They had heard his teaching, they had seen his miracles, healings, deliverance, even the raising of Lazarus from the grave.

And now after generations of oppression they all hoped he would liberate them from the hated Romans.

He rode in as the long expected  Messiah on a donkey; and the crowd got excited and recognising his kingly credentials lay their cloaks upon the ground.

Note there is no mention of palms.

The gospel of John mentions palms and Matthew and Mark talk of leafy branches recalling a story from 1 Maccabbees 13:49-53 that Luke apparently isn’t keen to remember.

In Maccabbees the country had been under foreign rule until a series of Jewish military actions drove their enemies from their land. In triumph the people entered the temple and waved branches which quickly became symbols of Jewish independence.

Now by leaving out the branches, I think Luke urges the readers not to think of the church as a community that will seek violent rebellion against Rome, rather this is a different kind of king coming: God’s king for the kingdom of God. Luke is preparing us to recognise that God’s reign is not violent but characterised by the rule of love, justice, and peace.

The expectations were high, but there is a shadow – all is not well.

In stark contrast to the jubilation the Pharisees (v39) are stony-faced.  It seems they stand apart from the crowd – clearly angry they demand that Jesus rebukes his followers.

This exchange is found only in Luke and provides the transition to the rejection that Jesus will soon experience. 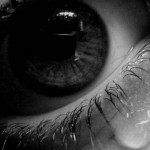 He stops and weeps.  Overcome with sorrow. But not self-pity; tears for the city that shouts for him, but fails to understand him.

But for now the sun shines above a bright day, it seems that the crowd don’t notice Jesus’ words with the Pharisees or his tears.

So whether those around him truly know what they are saying, Jesus is welcomed into David’s city as God’s anointed.

The tide has turned; the coin has flipped – the life of Jesus was marked by contrasts. In the beginning of His ministry, Jesus operated quietly – largely under the radar. However, as the news of His teaching and miracles spread, as people began to speculate crowds flock to him.

So much so that by year two of his ministry Jesus was typically surrounded by crowds. Drawn by his captivating presence, power, wisdom and promise – they hang on his every word, but then they began really hearing what he was saying, hearing the total commitment he was asking for and just as quickly as they came the crowds began to withdraw.

So much so that by now it was only the truly committed who stuck with him.

And adding confusion even amongst his most loyal followers was Judas. We followers are a fickle lot.

So here Jesus is at the Mount of Olives to pray, according to Matthew in the garden of Gethsemane a garden at the foot of the mount. Time is running out – soon he will be arrested, soon to die, and only a few remain.

But that few are tired, exhausted by sorrow they cannot stay awake – and even this is like another blow to Jesus.

Jesus is alone; alone in the dark of the night, alone with his thoughts, yet thankfully not left alone – God sends an angel to strengthen him.

And God is faithful; he will not let you be tempted beyond what you can bear. But when you are tempted, he will also provide a way out so that you can endure it.

However that means we must listen to God, that we must avail ourselves of the provided ‘way out’. God will help us but we must receive his help and allow him to strengthen us.

We aren’t told this but I believe Jesus would have been sorely tempted in that time; art often depicts a tempter beside him, but the gospel writers don’t mention it: except to focus on his painful anguish and the ‘just enough’ strength he gains as he prays.

In the garden Jesus expresses His deepest emotions. A few days earlier he had received praise and was honoured; cloaks spread on the road before him, people everywhere. 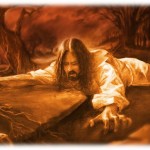 But now Christ is kneeling in dark, agonising in prayer, experiencing the horror of knowing He must surely die on a cruel cross. He is alone amidst sleeping friends, sweating great drops of blood.

It’s interesting that only Luke the doctor  records this last point – but it’s a significant indication of extreme stress.

Hematidrosis is a very rare condition in which a human sweats blood. It may occur when a person is suffering extreme levels of stress, for example, facing his or her own death. Several historical references have been described; notably by Leonardo da Vinci: describing a soldier who sweated blood before battle, men unexpectedly given a death sentence, and by Luke here describing the stress that Jesus felt as he was praying through that night.

Jesus is not like that, he gives full expression to how he feels both in joy and now in despair.

But he never let’s those emotions take control.  He feels terrible, fearful, alone, rejected but he also knows the facts of the matter.  And even more important his faith is such that he chooses to trust God no matter what.

“Yet not my will but yours be done.” He prayed.

His feelings, his very body screamed against it.

Yet Jesus by faith set His will to obey the God’s call.

He accepts the cross, for our sake.

Sadly, the crowds had missed the entire significance of Jesus, even the disciples only understood in part.

Jesus came to Jerusalem for one purpose only. He was intent on doing his Father’s will and going to the Cross. The people didn’t get that, even the disciples didn’t seem to really understand.

Sometimes we over analysis it.

However, the reason Jesus came into Jerusalem was for the sole purpose of going to Calvary.

He was destined for the cross – the objective of his life on earth.

Just after Peter declared him to be the Messiah Jesus responded with these words, to clearly show what type of Messiah he would be:

From that time on, Jesus began to show his disciples that he must go to Jerusalem and undergo great suffering at the hands of the elders and chief priests and scribes, and be killed, and on the third day be raised    (Matthew 16:21)

What his disciples struggled to grasp, and what the people totally missed, and what we continue to struggle with is that Jesus’ strength did not come by applying brute force, but was seen in love which saw him obedient, even unto death.

He chose love and a path that was marked by servanthood and suffering and ultimately death. 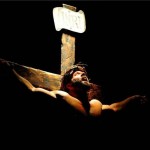 The way of love, the way that you and I are called to walk.

Today we are invited to the cross.

Sure we have a choice.

We can stay with Palm Sunday, we can sing our songs and feel good about ourselves.

To deny our wills and to follow him to the cross.

I know we’re tempted to go straight to next Sunday, to leave out the mess and pain of Friday, but resurrection comes only after death.

Faith without Friday is but lip service, superficial.

Our praises then would be as shallow as the crowd on Palm Sunday.

Jesus did not fail us – he went in loving obedience.

He gave his life for us.

Let us not fail him.

9am   Manna @ St Andrew’s, 26 Stanley Street, Queenstown (a relaxed interactive service for all ages that begins with coffee (or tea) and conversation)

* these congregations include separate programs for children and teens.